From the Epicurators: 3 Tips for a Holistic Approach to Gut Health

#1 Give Cognitive Behavioral Therapy a Try

Nutrition interventions like the low FODMAP diet and behavioral therapies like cognitive behavioral therapy and self-directed hypnosis work as well as medical therapies for many patients with Irritable Bowel Syndrome. We’re in an age where there is a lot more to offer IBS patients than just medications.

#2 Look for an Integrated Care Team

Here’s the thing: there’s a big difference between a fully-trained GI dietitian or a GI behavioral therapist and a general dietitian or a general psychologist. The application of specific dietary interventions like the low FODMAP diet or GI-focused cognitive behavioral therapy or hypnosis really does require some additional training. Here’s the proof: there are recent studies that were conducted in Melbourne, Australia that showed that integrative care with a team consisting of a GI dietitian, a GI behavioral psychologist, as well as a gastroenterologist offered tremendously increased outcomes compared to traditional, GI-only care. Traditional GI care in the study was a gastroenterologist who could order a consultation with a dietitian or a psychologist from outside of his or her health system.

In the United States, it’s sad to say, but many gastroenterologists don’t have access to any dietitian or psychologist, let alone a GI dietitian or a GI behavioral therapist. To attach some numbers, the collaborative care model led to around 84% response rate in terms of improvement and overall IBS symptoms compared to 57% response rate with traditional GI care. The results of this study were published in The Lancet Journal of Gastroenterology and Hepatology. 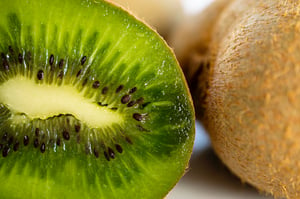 Let Us Know What You Thought about this Post.